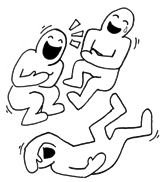 The benefit of laughter on our wellbeing has been referenced throughout history from biblical times to today.

In 1964 Norman Cousins, an American political journalist, author, professor and world peace advocate, was given 6 months to live. He was diagnosed suddenly with life-threatening ankylosing spondylitis, a painful, degenerative disease of the spine. Cousins, who was in constant agony and quickly succumbing to paralysis, checked himself out of the hospital, which in his view “was no place for sick people” and into a hotel where under the supervision of a doctor, he began taking mega doses of Vitamin C punctuated by a regimen of intense belly laughter.

In his book ‘Anatomy of an Illness’ he said that 10 minutes of belly laughter gave him 2 hours of undisturbed sleep. He died in 1990 aged 75, 26 years after his diagnosis. Cousins has since become known as the father of modern laughter therapy.

Meanwhile in 1995 in Bombay (now Mumbai), a Dr Madon Kataria read about Cousins and decided to do an experiment. He gathered 5 people in a public park and started to laugh. This group grew and while researching the benefits of laughter, he was amazed by the number of studies showing profound physiological and psychological benefits of laughter. And so began Laughter Yoga which combines laughing exercises and yoga breathing techniques (pranayama). Today Laughter Yoga has spread to 72 countries. The first Sunday in May has since become World Laughter Day.

In 1998 Robin Williams played Patch Adams in the movie of the same name. Adams believed in creating compassionate 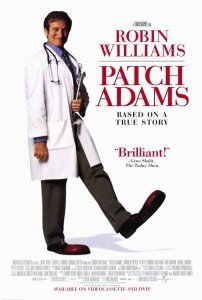 connections with patients and that laughter was ‘essential to physical and emotional health’. Today he continues to build ‘free hospitals’ that provide free health care, without excluding any complementary medicine.

These are examples of how laughter is influencing the wellbeing of the world today and many studies have been done as to the effectiveness of laughter as a form of treatment. They have proved that laughter with a positive outlook have given patients a better quality of life and helped to promote better mental and physical health. Laughter has an immediate effect on the body – the body releases natural endorphins which can help to relieve physical pain, increases antibody-producing cells, enhances the effectiveness of T-cells which boosts the immune system and also leads to a reduction in the stress hormones cortisol and epinephrine.

Remember the saying ‘if you put your mind to it, you can accomplish anything’? If we put our mind into feeling low, we are feeding that feeling which can result in illness. The more the mind focuses on the illness the lower the quality of life and the greater chance of depression – this person can become trapped in perpetual physical and mental misery. When a person is diagnosed with a terminal illness or disease it can be easy to focus on that illness and the resulting death that follows. This person may cut themselves off and retreat into a very lonely and unpleasant world.

The population of England in 2012 was almost 54 million. In the same year 50 million prescription items were dispensed for 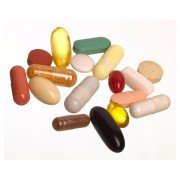 With all the recent news about tax avoidance perhaps the focus should be more on what can be done about health avoidance!?

Of course, if you are the supplier of these drugs then a society full of illness and misery is your best friend – and only 4 million more people to go and that will mean the equivalent of every person in England taking anti-depressants. Globally, the 11 major drug companies made a net profit of £53 billion in 2012.

So now we can see that illness costs £billions and laughter costs £0 (unless you include an Alan Carr DVD for £6.99).

However, there are many examples of how some people upon hearing terminal news have embraced all things positive. Their focus is on positive thinking, happiness and laughter and together with close family and friends who share this positivity, they have brought about what has been described as a miracle.

Many cancer survivors have something in common – after they are diagnosed… they start to ‘live’ their lives each day as though it might be their last. They start to focus on the here and now. They let things go and they don’t stress about tomorrow.

Humans are ‘hard wired’ to be on guard. Many millennia ago, we were either the hunter or the hunted. This constant fear of being eaten is still with us today although the hungry animal has been replaced with all the stresses of a modern world, like terrorism for example.

The feeling of fear itself is about events in the future that may or may not happen, which causes stress and anxiety. This can manifest as illness because a person is ‘worrying too much’; ‘I am really worried’. The past is where regret and depression exists; ‘if only I had done…’. The present is where wellbeing and peace exists, where natural laughter and true happiness lies.

The past cannot be changed. The future has not happened.
There is only the now!

Is laughter the best medicine? I think it’s way up there with the best and it would be hard to prove otherwise.

Is laughter really the best medicine? by Gary Lloyd is licensed under a Creative Commons Attribution 4.0 International License.